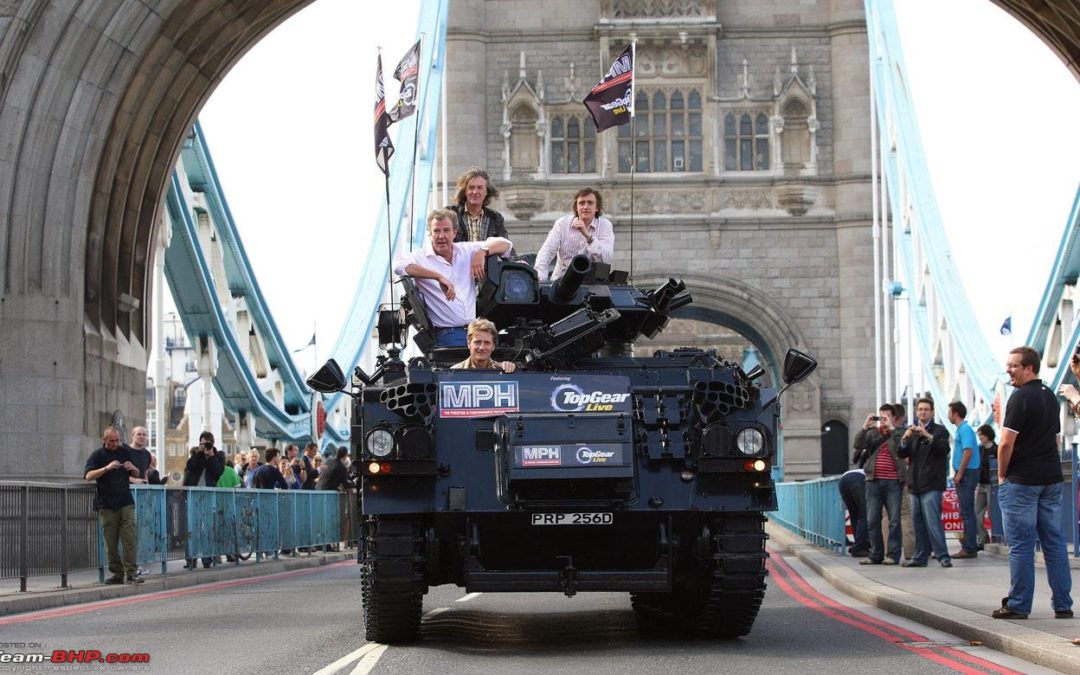 We took Jeremy Clarkson, Richard Hammond and James May for for a rattle around London for the Top Gear Live Promo Tank Limo.

It has finally happened. Clarkson has seized control of Britain in a military coup. With the help of some vehicles, naturally.

JC, flanked by Field-Marshal May and Lieutenant-General Hammond and leading a procession of Astons and Ferraris, crossed Tower Bridge at 10.15 this morning in a tank, declaring independence and sovereignty and other stuff like that whilst shouting ‘Power!’ quite a lot.

At least that’s how it went in Jeremy’s head…

They said i was mad, they said it wouldn’t turn, they said the track would throw. For all those doubters without vision who couldn’t see the potential of two tanks welded together to make TANKLIMO.

Well this is the ultimate UP ***RS

When Jeremy Clarkson, Richard Hammond and James May rattle around London in your baby and we have tower bridge closed to accommodate the press, you know you’ve arrived, The only downer was the Danish pastries were a bit dry and we had to paint it black just for the day. 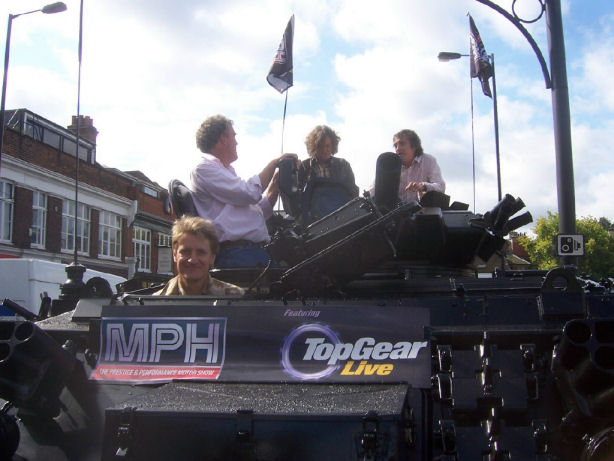 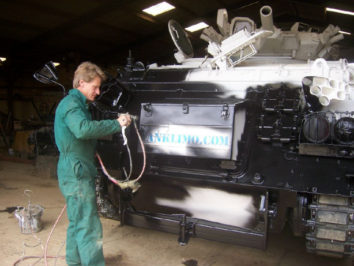 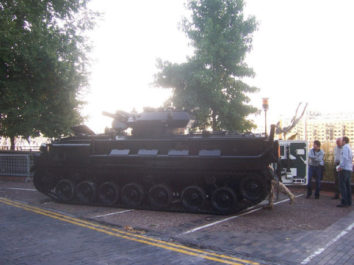 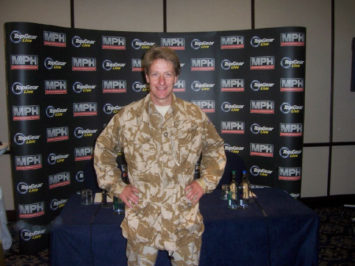 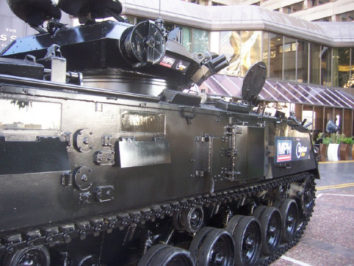 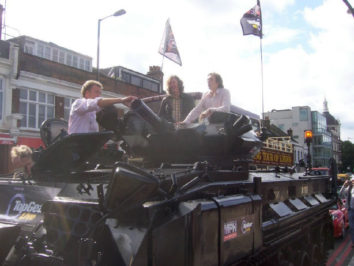 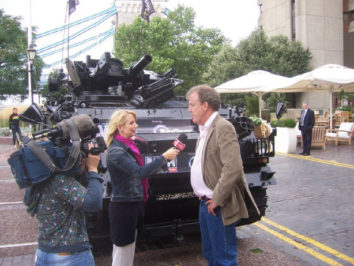 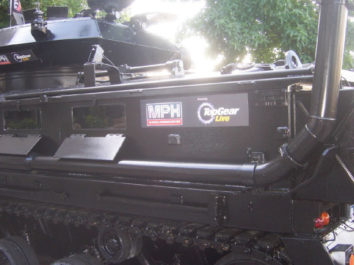 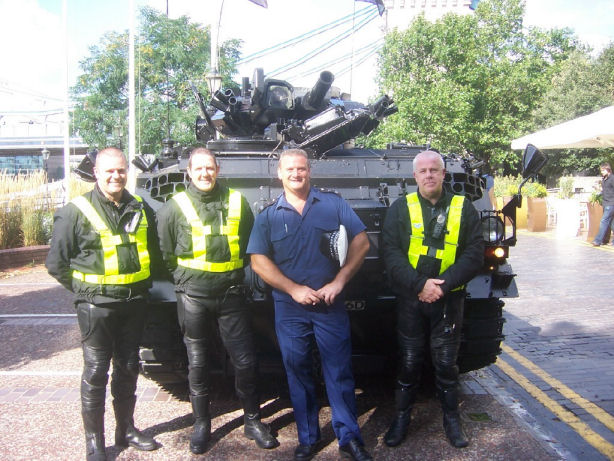 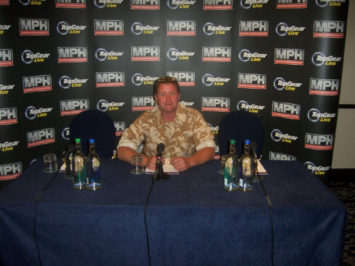 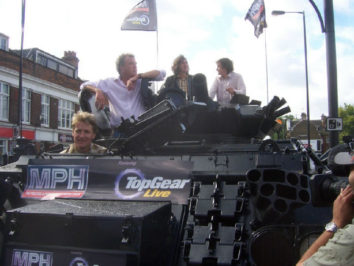 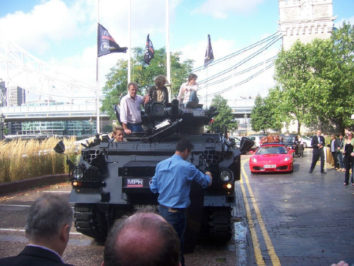 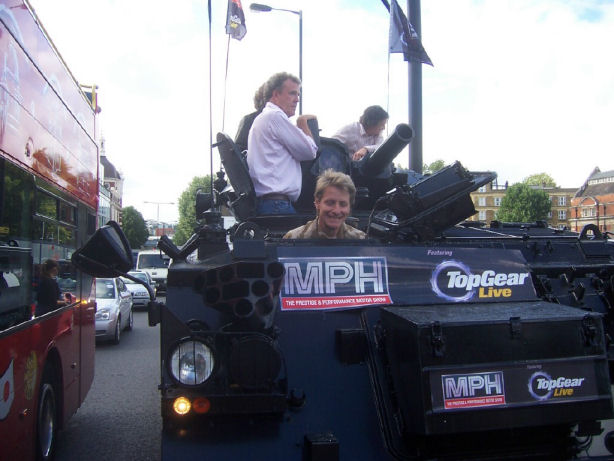 Many thanks to Peter at flying colours for nabbing us some semi permanent paint that’s supposed to wash of. I just hope it comes off the Tank easier than it came off my hands that night.

Thanks to Wayne’s world for being at the other end stopping me squashing the kerbs and Mark from Osborne’s for keeping his privates hidden under the 4 sized to small camo trousers we lent him, And of course Charlotte from top gear for having faith in my team and Tank limo, we were promised a few free tickets for the show fingers crossed, and mustn’t forget MR Plod, they did a fine job. Should i apologise for all the traffic jams caused when they closed the bridge for us, well what’s a few minutes when up the street the roadwork have been going for weeks Till the next time Top Gear 100 tanks and a big smile.