Our Tank Hearse is another of Tanks-Alot custom vehicles and the brain child of our company director Nick. The Tank Hearse has been seen in several news outlets including the Sun Newspaper. 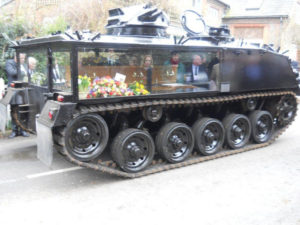 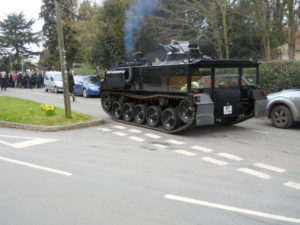 The Tank Hearse is a converted FV432 APC (still in service with the British Army) tastefully retrofitted with the internal components of a normal hearse.

We will also require the contact details of the Funeral Director you have appointed.

This will be calculated on recieving the requested information.

We also have to take into account the hiring of a transporter to move the Tank Hearse to the Funeral.

“I found turning 50 a sobering experience.”

“Am I middle aged? Unlikely if I’m honest with myself. Then my thoughts drifted to the big day when I meet my maker. What I want my funeral to be like? First thing is that my final trip has got to be in a Tank. One thought led to another and TANKHEARSE was started. No great rush I’m feeling fit as a fiddle.”

“The project chugged along steadily mostly between important jobs; better not to work myself to death, especially before the project is finished. Then suddenly I had a phone call telling me an older tank mad instructor was very ill in hospital. I visited him that night and things looked so bad on return I walked straight in to the workshops and carried on till the early hours and up early the next morning cutting away.”

“TANKHEARSE was now high priority. Sure enough my worst fears came true and my old friend was dead within two days. Still I carried on flat out thinking, if it’s not quite finished he would have understood and a turret and glass missing won’t make much difference, but at least it should be black for the funeral.”

“Then I heard through the grape vine that the funeral was set for two weeks. You can get a lot done in a fortnight if you pull your socks up and take your watch off. Everything just came together. I found a very clean turret and the sand blaster finished it the very same day. An elusive polish friend who owed me money came out of the woodwork asking if he could work it off, and a clever Jimbo started sorting an electrical birds nest.” Hey presto! The beast was born.

“The funeral went well TANKHEARSE was very well received. My old mate Big Graham was rolled out of a Rolls Royce hearse and in to TANKHEARSE which I was chuffed about. I pray he was to. The undertaker even asked if I fancied a hearse trade, and I think he was serious.” 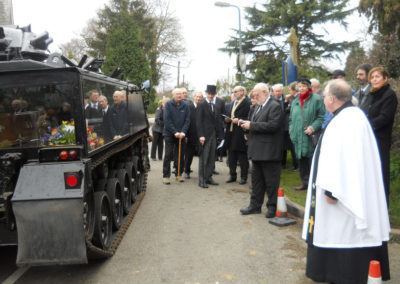 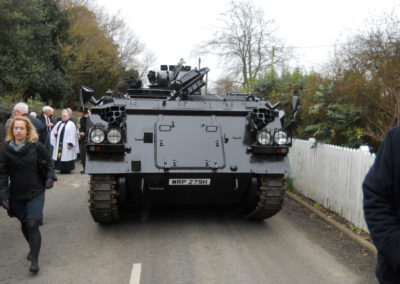 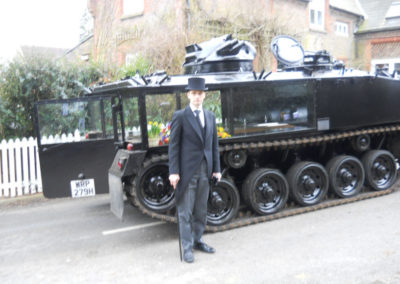 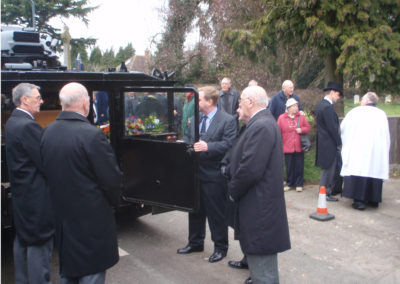 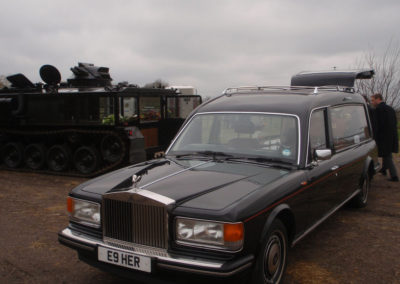 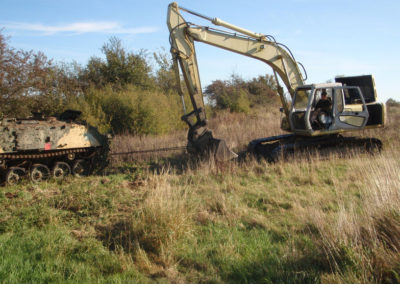 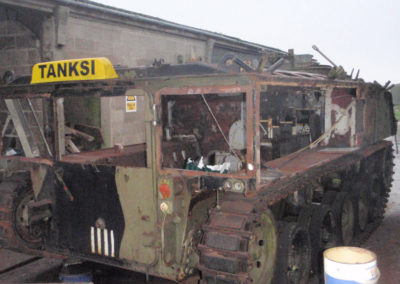 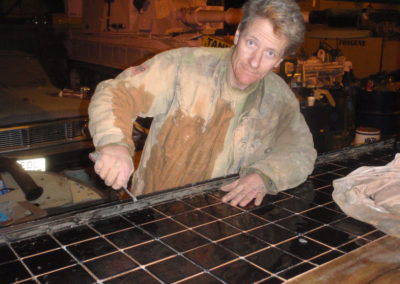 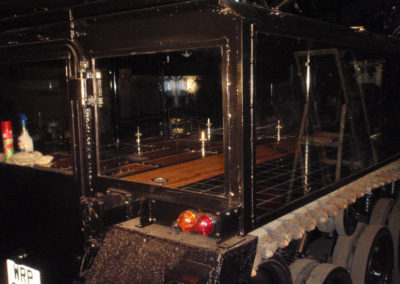 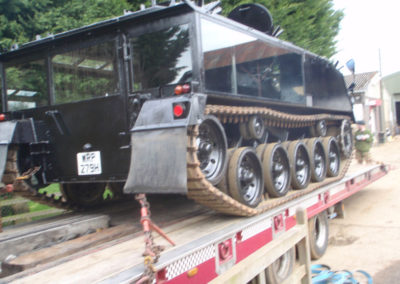