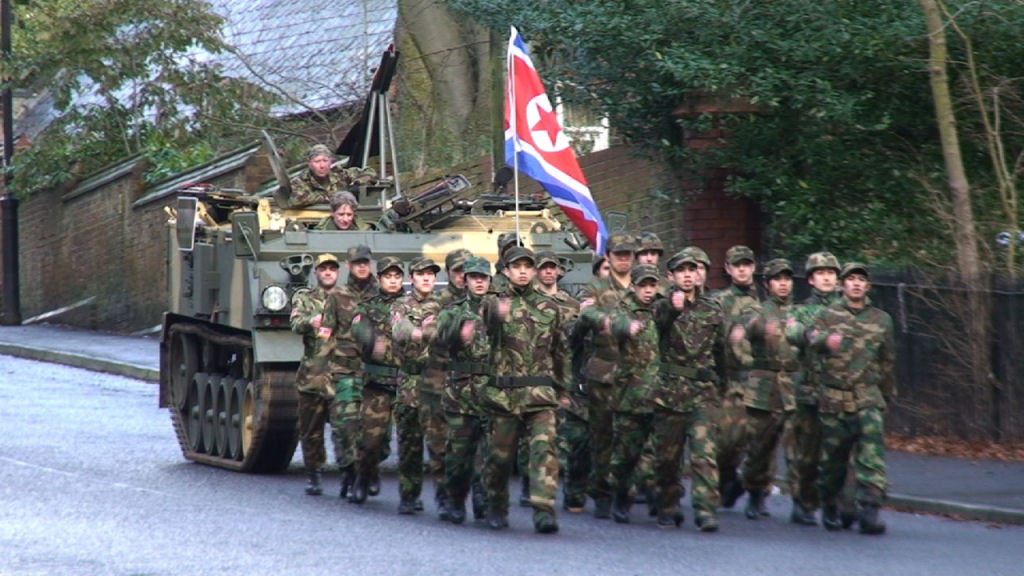 Had an interesting call from a guy ‘could I help him invade Washington, I thought about it for a moment and decided this shouldn’t be a problem but it could be expensive. Turned out he only wanted the one Tank not several divisions and he was talking about Washington near Newcastle not over the big water where the fat people live.

It was actually a publicity stunt for a big block buster film RED DAWN We had to leave at 4am and meet the tank there. Crazy Camo chieftain tank commander chose to also accept this mission with me.

Very soon the tank arrived along with 3 bus loads of North Koreans all kitted out in uniforms and boots, soon got this marching lark down to a fine art and we were off much to the bewilderment of the locals. All good fun and my old bus along with its shiny new rocket specially made for the occasion did us proud all day long never missing a beat.

At the end they wanted a Harlem shake as a kind of out take, it’s a popular thing at the moment and a good opportunity for crazy camo to be unleashed. It’s worth a look unless you’re a child or are planning to eat soon, not a man to be upstaged I think you will agree.