Promoting the “Whatever” Shopping Centre in Leeds 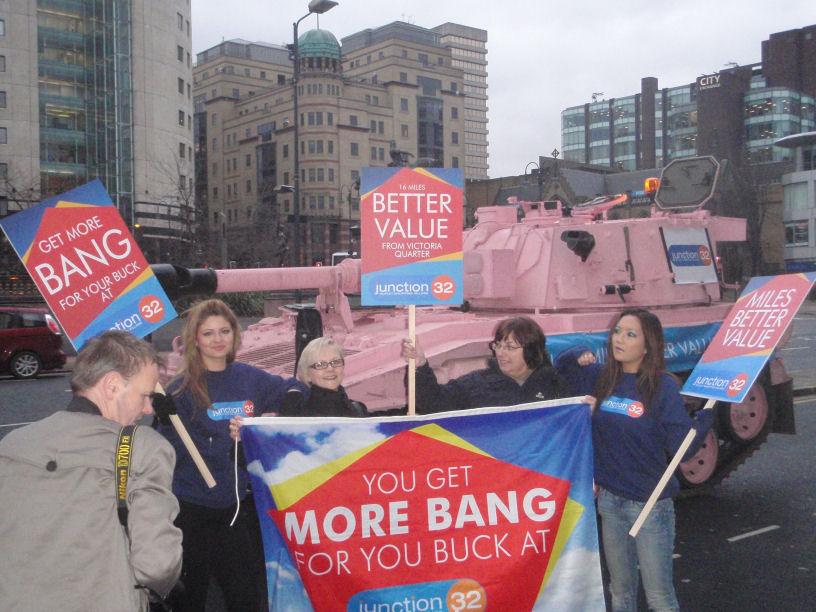 Promoting the “Whatever” Shopping Centre in Leeds with our Pink Tank

We had a call from a guy called tom, could we drive around Leeds city center in a Pink Tank with a couple of models in the turret. Didn’t take me long to say yes. Turned out we were promoting a shopping centre “whatever”, The day went very smoothly, long low loader trip to get there with a very early start, but it’s got to be more fun than sleeping.

We were dropped off in front of Debenhams at a rival shopping center, they weren’t amused. Funniest bit was when the girls had a photo shoot with the tank in the city center and three young lads asked what was going on. I’m afraid I made up a story about the girl were going to do a quick nude shoot at the end then roar away in the tank before the police came. Big crowds gathered but the three lads made sure they were at the front.

The pink tank hadn’t been out for a while, the Tank limo has been steeling its thunder a bit, but she ran well all day covering over 28miles, not bad for an armoured vehicle made in the late sixties, wonder if a modern warrior could do the “bizz” as well. 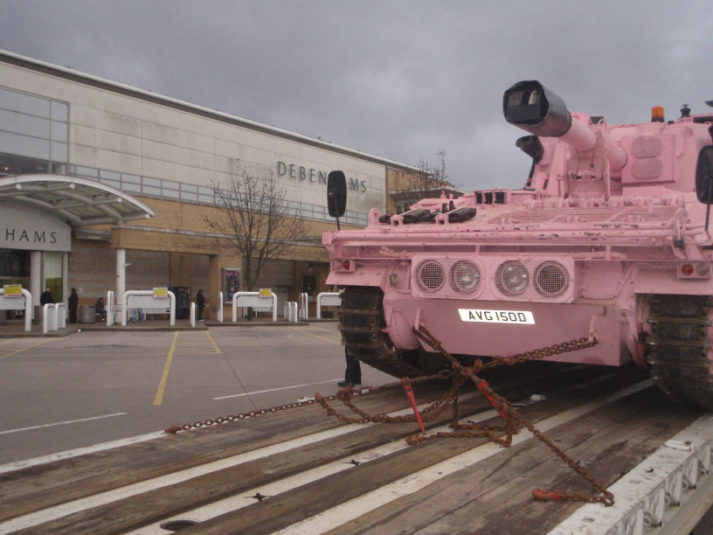 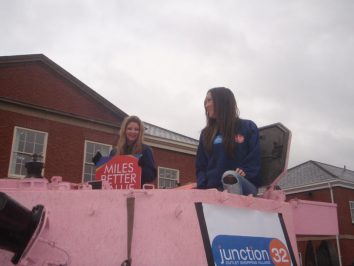 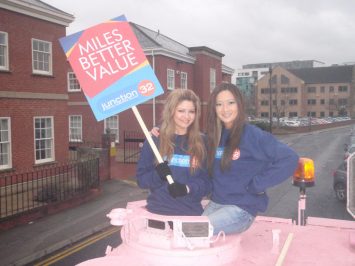 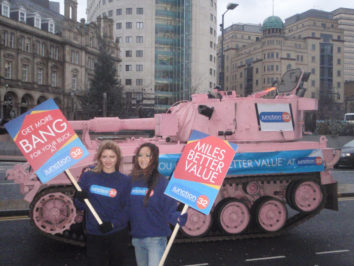 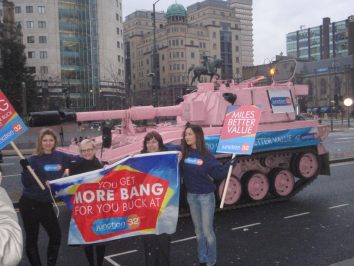 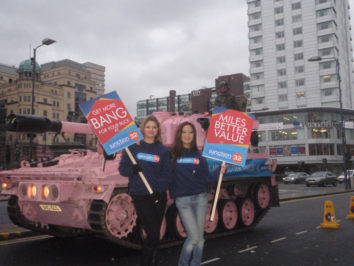 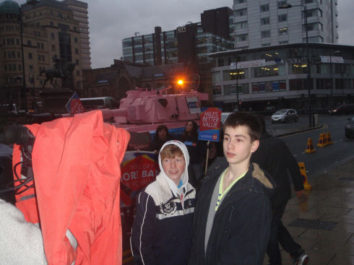 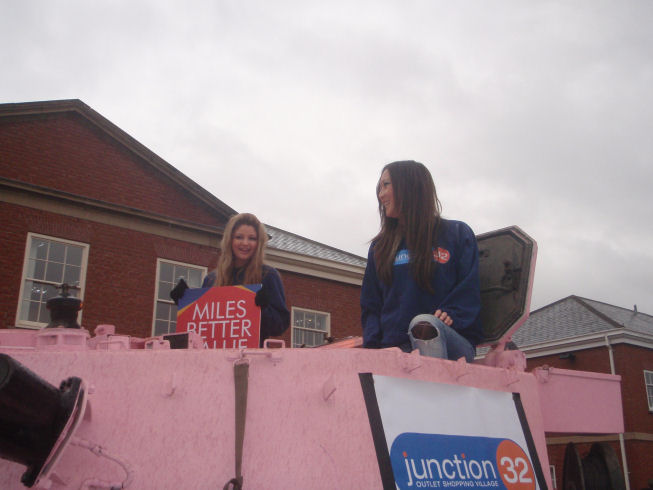 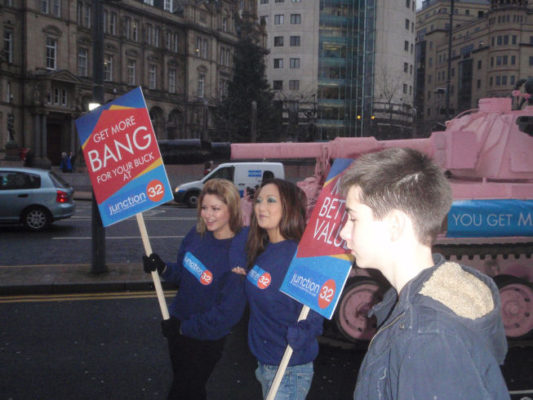 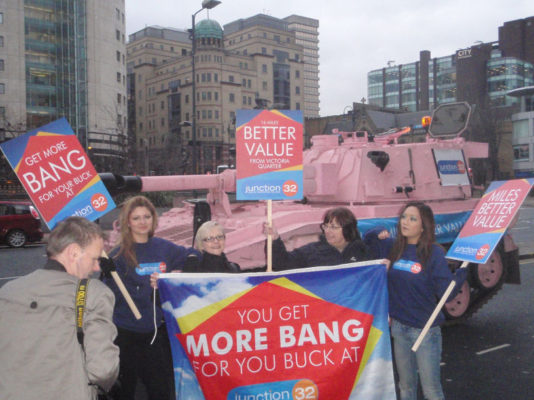